The aviation accident lawyers at Bohrer & Lukeman are closely monitoring the events surrounding the crash of a small private aircraft into a California home on Monday, February 27. The 1974 Cessna T310Q, tail number N1246G light aircraft, registered to Nouri Hijazi of San Jose, CA struck a residence in Riverside, California, killing three onboard and injuring two others. The crash caused a fire that spread to multiple houses in the neighborhood. According to authorities, it was not immediately clear what caused the plane to go down. 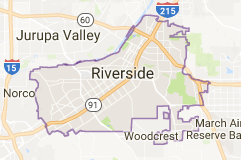 The twin-engine airplane departed from Riverside Municipal Airport shortly before 4:41 p.m., the time of the crash. Its 5 passengers were returning to San Jose in Northern California after attending a cheerleading event at Disneyland in Anaheim. The 3 killed were identified late Wednesday night by the Riverside County Coroner’s Office as owner/pilot Nouri Hijazi, 83, Dana Hijazi, 67, and Adine Farelas, 22.

According to local Fire Chief Michael Moore, the plane split open after colliding with two homes located on the 6000 block of Rhonda Road. The two survivors, Stacy Joanne Pierce and Silvia Farelas, were found in critical condition inside the second house, which was otherwise unoccupied. They were taken to the Riverside Community Hospital and the Arrowhead Regional Medical Center in Colton, CA, respectively. There were no victims apart from those inside the Cessna 310 airplane at the time of the accident.

“It’s horrible, coupled together that they were going to a cheer competition,” said Moore. “This is supposedly a happy time and then just to have a tragic incident like this, and into one of these Riverside residences, it’s really a sad case for us.”

According to witnesses, the pilot reportedly tried and failed to start the engines twice prior to takeoff, and then others said the aircraft seemed to rock back and forth as it rolled down the runway. The airplane had a full tank of fuel, compounding the effects of the resulting blaze. Firefighters responded to the emergency, which resulted in residents from 20 homes in the area being evacuated to a shelter.

The Federal Aviation Administration and the National Transportation Safety Board are both onsite to investigate the crash. FAA spokesman Ian Gregor stated that the plane crashed “under unknown circumstances.”

The airplane crash attorneys at Bohrer & Lukeman will continue to follow the events surrounding the Riverside general aviation plane crash and will update its website with any new information as it becomes available.