The airplane accident lawyers at Bohrer & Lukeman have filed a federal lawsuit in the case of a Gerry’s dnata ambulifter which overturned during the course of boarding an Emirates flight causing severe injuries to the passengers attempting to board the Islamabad to Dubai flight. On February 27th, 2018, passengers were boarding Emirates flight EK-615, a Boeing 777-300, tail number A6-END, with service from Islamabad-Benazir Bhutto International Airport in Pakistan to Dubai International Airport in the United Arab Emirates. The ambulifter, used to lift passengers who could not walk up the tarmac airstairs onto the airliner, suffered a hydraulic jack failure and toppled to the left into the jetliner’s #2 engine. According to the Aviation Herald, the fall caused multiple injuries to passengers and a ground handler as the ambulifter hurled them nearly twenty feet to the tarmac. They required immediate emergency and prolonged hospitalization. 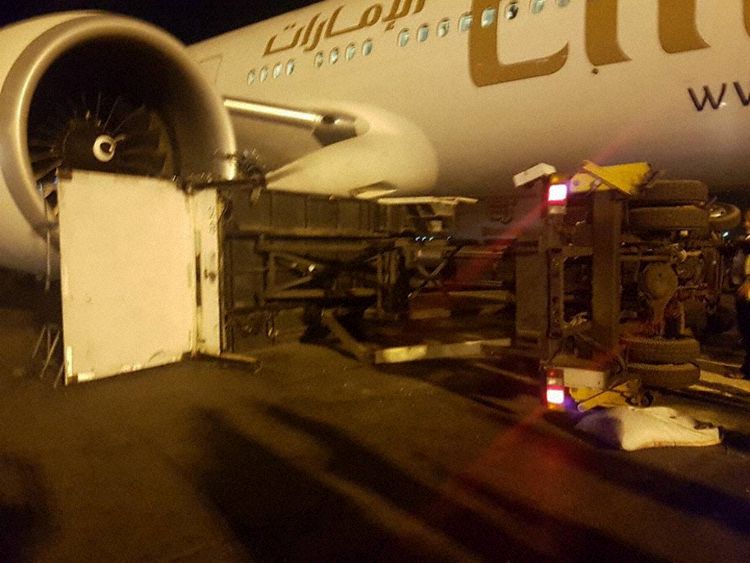 The scene was chaotic as emergency service workers raced to the scene to assist the injured passengers. Blood and glass littered the shattered lift which lay sideways against the damaged engine of the Emirates Boeing 777 jumbo jet. Emergency services recorded multiple injuries consisting of severe head trauma, fractured bones and severe lacerations. Some passengers frantically tried to reach their loved ones with mobility challenges who were being loaded and boarded separately onto the flight. One man wept over his unconscious wife while their son pleaded with emergency workers to rush the injured woman, her head bloodied, to a hospital.

Visibly significant damage to the Boeing’s massive engine caused by the collapsed ambulifter made it impossible for the flight to depart. Emirates, among the world’s largest and most successful airlines, wasted little time replacing the aircraft with another Boeing 777-300 following a delay. 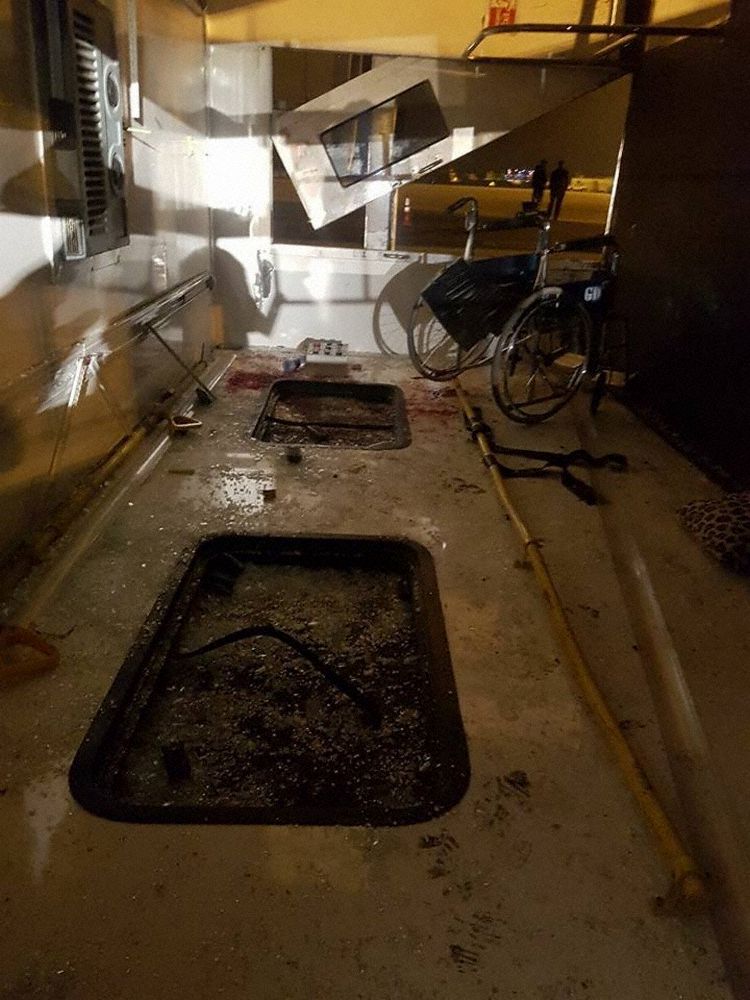 Officials from Islamabad-Benazir Bhutto International Airport stated that the “lifter overturned while transporting passengers into the aircraft…As a result, the passengers fell onto the runway, receiving serious injuries. They were shifted to Benazir Bhutto Hospital for medical attention.” (News in Flight)

According to Business Recorder, the incident was investigated and confirmed by the Pakistan Civil Aviation Authority (PCAA) and Gerry’s dnata (Dubai National Air Transport Association).

Gerry’s dnata, a subsidiary of Emirates Airlines, is the ground handling service in charge of operating the ambulifter at Islamabad-Benazir Bhutto International Airport. The company began as a joint venture between Gerry’s Group and dnata in 1993 and is now in charge of ground handling services at 75 international airports, primarily in the Middle East.

“We have been supporting the aviation industry in Pakistan since 1993,” said Syed Haris Raza, vice president of Gerry’s dnata, in a 2015 press release.

“The aviation industry in Pakistan continues to grow, and as a trusted partner, our goal is to ensure the smooth handling of flights, passengers, and cargo across the country.”

It was the responsibility of Gerry’s dnata and its loaders to properly manage the ambulifter and ensure the safe loading of its wheelchair-bound and mobility-challenged passengers.

Upon investigating the matter, Bohrer & Lukeman determined that the ambulifter was not being properly operated, and its outrigger arms, designed to stabilize the mechanism, had not been properly functional or deployed.

Had the outrigger arms been extended, it could have prevented the ambulifter’s collapse regardless of a malfunctioning hydraulic jack or other faulty system within the utility service vehicle. The fact that it was in use without deployment of its stabilizers is a matter of gross negligence on the part of the operator.

It is also a subject of investigation as to whether proper weight restrictions were observed while loading the ambulifter or if these limitations were disregarded, contributing to the breakdown of the hydraulic system and subsequent collapse. 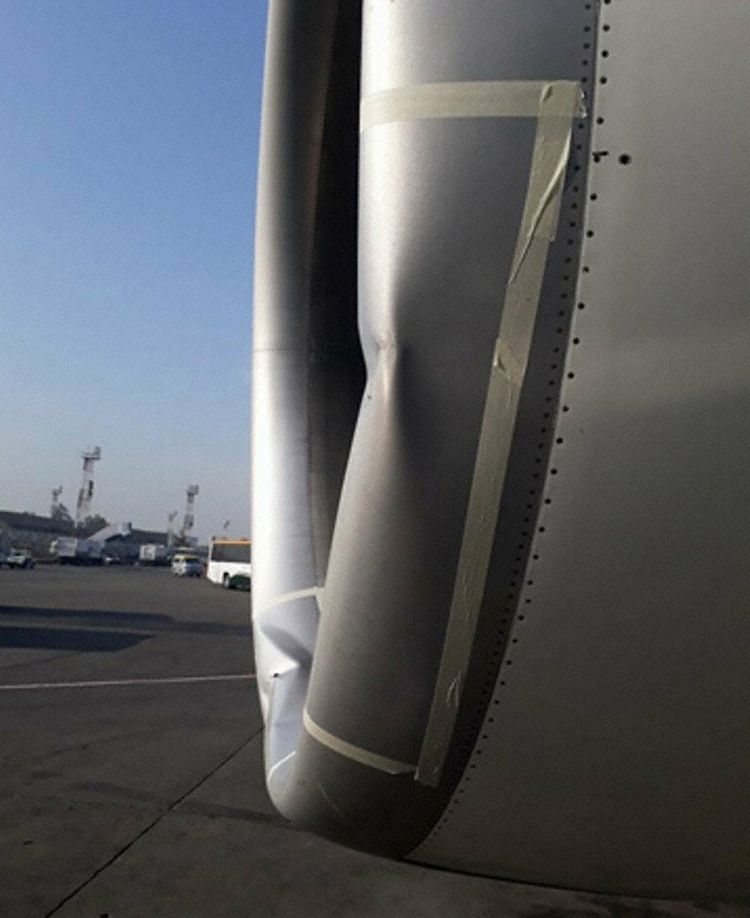 Bohrer & Lukeman’s lawsuit seeks unspecified monetary damages under the Montreal Convention which governs the rights of international passengers during commercial air travel. Often referred to as a treaty, and indeed ratified by Congress, the Convention is an agreement developed by the International Civil Aviation Organization in 1999 “for the unification of certain rules for international carriage by air.” There are currently 132 countries, plus the European Union, who are signatories to the Montreal Convention. Pakistan has been a party to the Convention since February 17, 2007.

Article 17 of the Montreal Convention states, “The carrier is liable for damage sustained in case of death or bodily injury of a passenger upon condition only that the accident which caused the death or injury took place on board the aircraft or in the course of any of the operations of embarking or disembarking.”

Aviation attorney Abe Bohrer was recently asked how he was able to bring a lawsuit in a Texas court on behalf of passengers injured in an accident in Pakistan. Bohrer, who handles Montreal Convention cases on behalf of passengers for many countries, responded, “The Montreal Convention contains unique venue and jurisdiction clauses that permit injured international commercial aviation passengers to bring lawsuits against the airline in the passenger’s home country under certain circumstances so long as the air carrier is operating to that country. Thus, these severely injured Texas residents were permitted to bring suit in Austin, Texas, for an accident that occured in Islamabad, Pakistan.”

This is not the only occurrence last year in which an ambulifter was at the center of a violent and tragic accident. On June 13th, 2018, an elderly woman fell from an ambulifter at Najaf International Airport while loading into Pakistan International Airlines (PIA) Flight PK220. She was rushed to a local hospital, but died shortly after from her injuries, according to the Express Tribune. She was between 93-94 years of age. The Najaf Airport Authority was the ground handling service in charge of operation of the ambulifter.

The aviation accident attorneys at Bohrer & Lukeman have successfully represented passengers injured during international and domestic flights for over 25 years. The New York-based firm has brought and won cases for their clients against many of the world’s major airlines. The commercial aviation and general aviation accident law firm is recognized worldwide for handling cases under the Montreal Convention pertaining to injured international commercial airline passengers.

Bohrer & Lukeman will continue to investigate the Emirates EK-615 commercial aviation ambulifter accident as well as cases of injury and/or wrongful death related to embarking and disembarking accidents and all other aviation accidents.