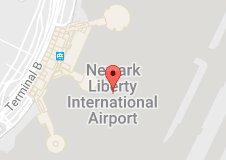 Things just seem to keep getting worse for United. A day after being sued for shoving an elderly passenger to the ground, Aviation attorneys Bohrer & Lukeman were shocked to learn that a United Airlines nearly took off with jet fuel pouring from its wing!

On Tuesday, June 13th, newlyweds Mike and Rachel Brumfield were onboard United Airlines Flight 170, a Boeing 767-300 headed to Venice Italy when they noticed jet fuel streaming from the left wing. The Brumfields fought to alert the crew, only gaining their attention in the last minutes before takeoff.

“I’m sitting looking out window at the wings, and all of a sudden fuel started shooting out of the wing really, really hard,” said Mrs. Brumfield, 28. “It was huge — it looked like a fire hose.”

After convincing the oblivious crew there was an emergency, the plane returned to its gate and the flight was cancelled.

While initially given a warm reception by the airline staff, during which crew members gave the couple free champagne and invited them to show the footage they had taken of the leak to the pilots, the Brumfields claim that United later “wanted nothing to do” with the honeymooners.

After securing the couple another flight to Venice on Delta Airlines, departing from JFK International Airport on Wednesday night, the airline gave the couple vouchers for food but not for accommodations. The newlyweds ultimately slept on the floor of baggage claim until 7:30 a.m., when another passenger gave them a hotel voucher they had received.

The couple also alleged that the airline asked them to “go easy” on reporting the incident on social media.

“I will never fly United again,” said Mrs. Brumfield. “Every person there was awful.”

“While taxiing to the runway yesterday evening, United flight 170 travelling from Newark to Venice, Italy returned to the gate due to a fuel leak, and was later cancelled. We apologise to our customers for the inconvenience. Our team helped provide customers with hotel accommodations for the night and are working to get them back on their way to Venice today,” said spokesman Jonathan Guerin in a prepared statement on Wednesday.

Aviation accident lawyers Bohrer & Lukeman has a long history of bringing aviation lawsuits against United Airlines and will continue to monitor this jet fuel leak. The New York-based law firm has years of experience representing those injured or killed in general and commercial aviation incidents. Abe Bohrer, the firm’s founder, has successfully represented clients both domestically and internationally.